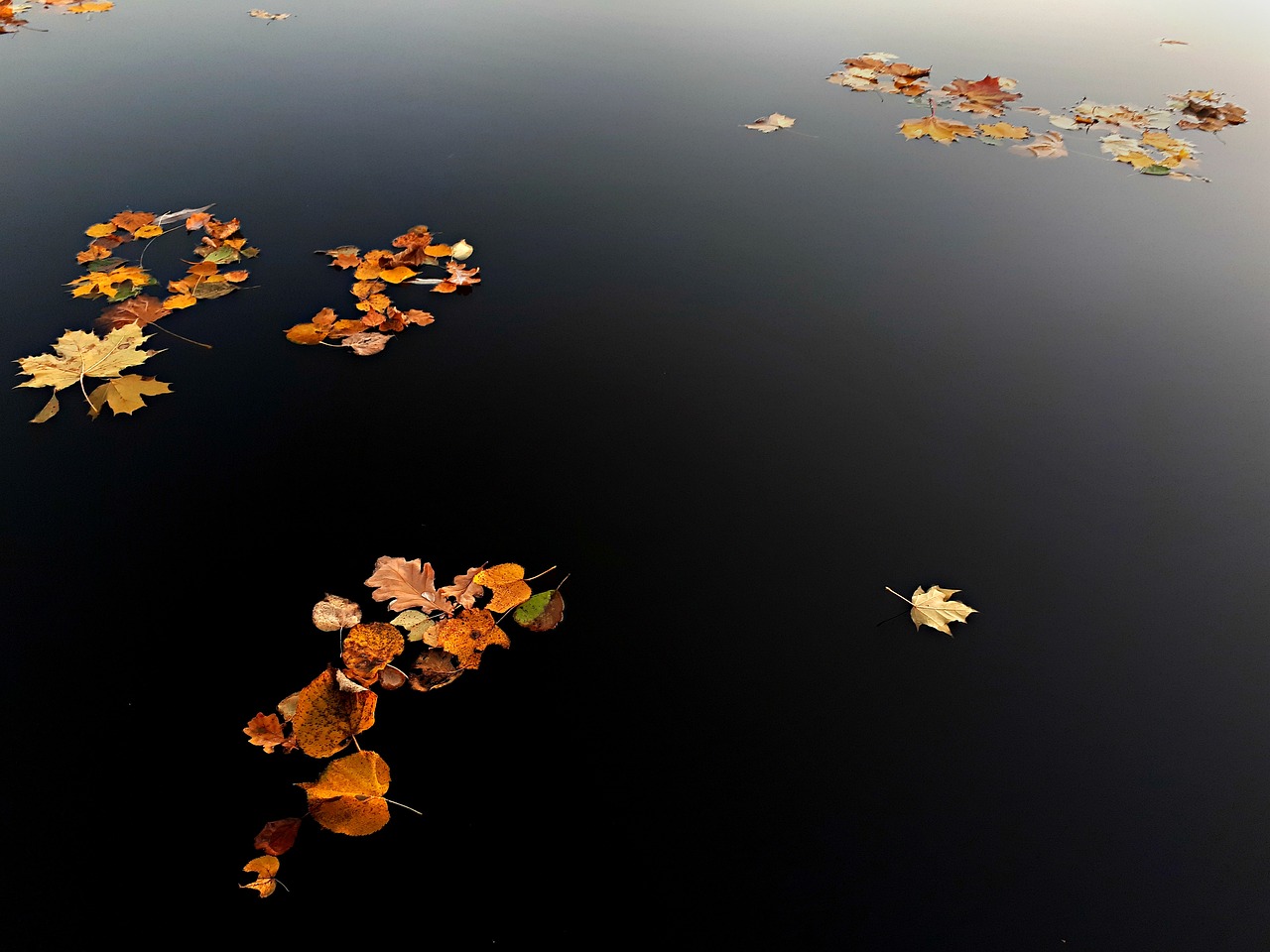 I knew what I did was wrong, and was tortured by it. But when the thought of confessing that act came to mind, I immediately sensed: If I say this out loud, I will die.

Most people don’t know I didn’t receive sacramental reconciliation for 16 years. If it’s been a long time for you, I am telling you I get it—but I encourage you to go. Every reason you have for not going to confession is wrong. I want to share my own story.

When I was 16, a good friend and I got in a huge argument—or really, I got into an argument with her. She was trying to reach out to me after I had a very bad week, and I wasn’t having it. I screamed some vicious things at her in an empty high school hallway (“stay away from me, I don’t want your help!, just leave me alone!”). She was clearly hurt and I left. It was the end of the school day, and I went home.

But then she didn’t come to school the next day or the next, so I called her house, and her mother quietly said she didn’t live there anymore. I mentioned this odd response to my mother, who said she had heard that my friend was admitted to a mental hospital. I presumed this meant she had tried to commit suicide. To this day, I don’t know—but given her background, it was a reasonable assumption. And no one knew that I had attacked her so viciously. I saw a direct connection between tearing her down and what I presumed was her decision to commit suicide.

(I will deflate the drama here: thank God, she ended up being fine. Getting out of her home was helpful to her, I was able to apologize and we met and reconciled a couple years later. She moved very far away, and in the world pre-internet, we lost contact. But as an adult, she was doing very well.)

I completely spiraled. I knew what I did was wrong, and was tortured by it—not sleeping, increasingly depressed, more. But when the thought of confessing that act came to mind, I immediately sensed: if I say this out loud, I will die.  I just can’t. I will die. I can’t tell anyone. And I got worse and worse.

Lesson #1: If you “hear a voice” saying that you cannot tell anyone what you did wrong, that voice does not come from God. Think about that.

Of course, there was no logic in that. Saying something out loud simply cannot kill you. And God forgives all sinners, because he is Love and Mercy. I had heard that. But I couldn’t believe it. So I let myself be deceived. There is a reason the Evil One is called the Father of Lies. I believed a lie—that I literally couldn’t say this sin out loud.

I had opportunities…I vividly remember a retreat in college where everyone else was going to confession but me. A young woman I didn’t know kindly came up and asked if I was okay (I presume I looked as tortured as I felt). I said I was fine.

Lesson #2: People often refuse to accept help when they are scared. But not accepting help is pride. And pride blocks God out. God wanted to help but I had to allow myself to be helped.

When I was in graduate school and in my mid-twenties, I was good friends with a Catholic man who mentioned he had gone to confession and was chatting easily about the experience, and at one point he said, what’s it like for you? And I froze again, but finally said, “I wouldn’t know. I haven’t been since I was 11.” He was completely shocked—and began to ask why. When I said I just couldn’t, he paused and said, “Look, I don’t know what you are sitting on. But you know Fr. Joe (our campus minister) is the kindest human being on earth. This is a doable thing. You could just call for an appointment.”

You could? I asked.

“Sure. I mean, 16 years of confessable things…I would do it that way, if I were you.”

So, within a week, I made that phone call to our pastor. He was happy to make an appointment, and mildly surprised when I said it had been 16 years, but very gracious. We met, I read from a rather long list of sins I had thought of earlier—including the one I was certain I could not say out loud—and he gave me gentle advice, a penance and absolution. And I left.

Some people say they have some big, dramatic experiences of peace after such a confession. I believe them, but I did not have that. I just felt enormous relief that it was done. I went home (it was midday) and took a long, exhausted nap. BUT…literally everything in my life began to improve after that sacrament. My ongoing depression began to respond to treatment, and eventually lifted. My relationships improved. My prayer life improved. I began to see life more clearly, what was normal and what was not. I was able to recognize that God actually did love me, I could trust him, and it was good to be his daughter. Basically, in the coming weeks and months, I became happy.

Truly, this sacrament will transform your life. It is a gift. The priest will help you if it has been a long time. I encourage you to listen to God’s urging in your heart and just do it.

Susan Windley-Daoust is Director of Missionary Discipleship for the Diocese of Winona-Rochester, Minnesota. She received her doctorate in Theology from Vanderbilt University, and taught college theology for 22 years. She is the author of four books and many articles. She is married to Jerry, and they are parents to five children. 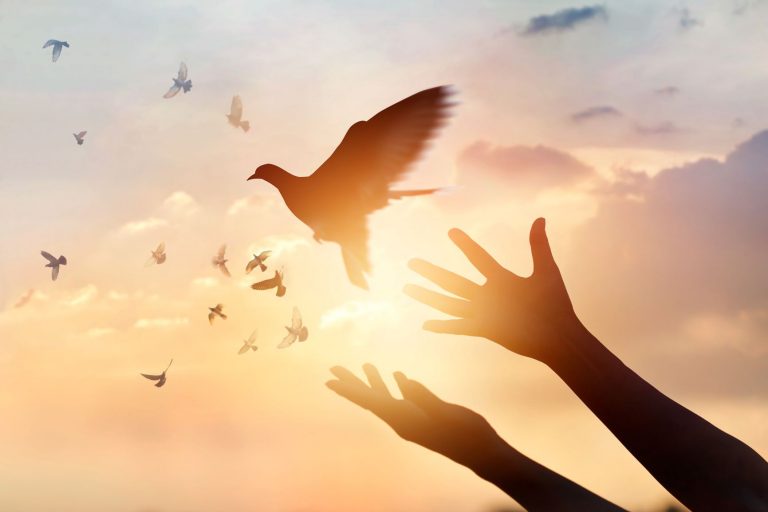 Let’s face it…forgiving others is hard…and yet it is central to the Christian life. Jesus even tells us that our own forgiveness hinges on our ability to forgive others. That’s what makes this simple process from Fr. David Smith so attractive…it brings the power of prayer into the act of forgiveness. Put yourself in Jesus… 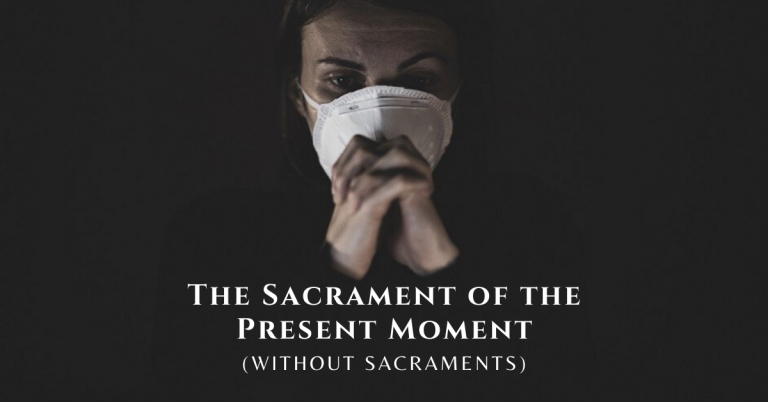 How do Catholics engage Holy Week in a Covid-19 pandemic without the lifeblood of grace, the sacraments? Perhaps it’s not in more online everything. A spiritual master from 400 years ago taught us how to not let this pandemic spiritually kill us. by Susan Windley-Daoust Two weeks ago, I ran into an old friend and… 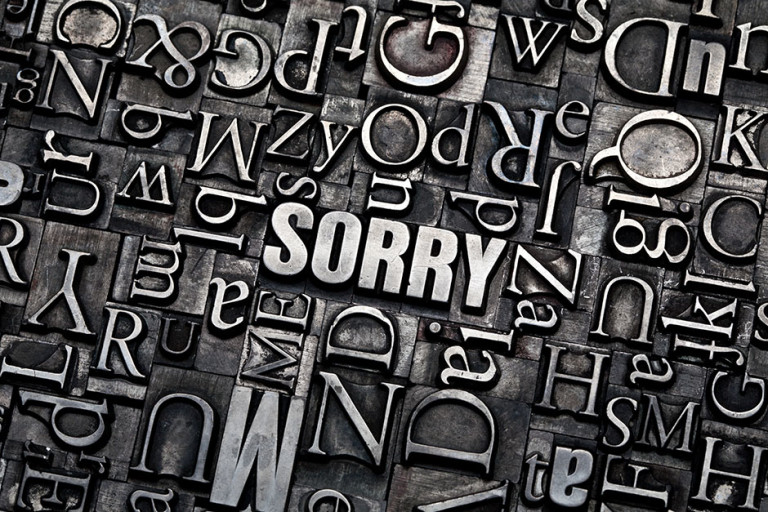 My daughter overheard all the unflattering things I said about her. Now I had to apologize . . . but how?   by Gina Keating   Over the past four weeks, life has been sad. Sad because it hasn’t made a difference that I attend Mass each morning or belong to a lay Benedictine group…